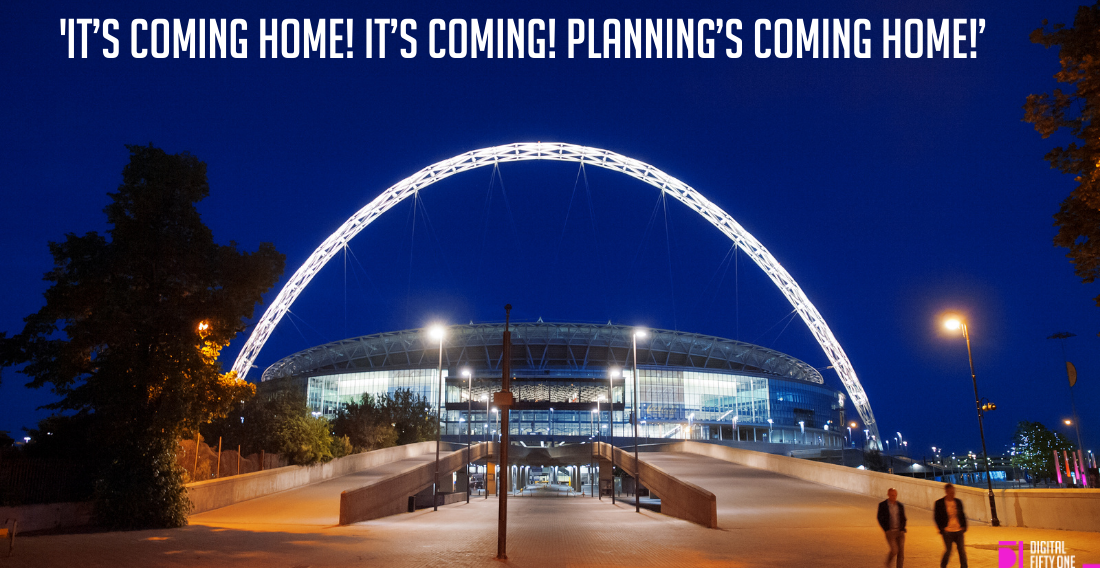 Planning is the real winner on Sunday

I know in many respects now is not the time for a level-headed view of things. I’m aware right now that we are meant to be getting our red and white face paint ready for tomorrow, whilst hanging the bunting and deciding how we are going to play things with that Monday meeting which is stubbornly stuck in the diary still.

However, I was once taught that we need to review our successes more than we review our failures. Just read that again, yes lets review and look back at our successes, see what worked, why it worked and how we can learn from them. Learning from your mistakes is a flawed view in many ways (one for another day.)

Whether you like football or not is irrelevant for the purpose of this article. This is about looking at a team who had a goal and through a successful plan have achieved that goal. The goal for the England national football team has undisputedly been to make it through a major tournament and reach the final. For a nation that loves the term ‘it’s coming home’ more than it loves hot dinners currently, the reality is it’s only ever been home once, and the national football team have only ever been in one major final.

Getting to this final is success, the England team have achieved success. What happens now is in the hands of the footballing gods, like any single occasion sporting event; what will be will be.

But what about reviewing the success? What has led to this point? Is Gareth really the one that turned us all on again, as another current song goes?

When looking at the success of the current England football team, as much as we can and should very much be enjoying the here, the now, the summer good vibes that the team’s run is causing across the land. We have to accept, embrace and learn from the plan. This journey started 20 years ago. The success is now, but the plan started 20 years ago. What is even more impressive, what we should and could all learn from is, the plan has been clear, it has been stuck to and it’s been there for all who wanted to see it.

‘England DNA’ was launched 20 years ago (Google it if you want to read more.) A plan, a set of beliefs, a project, a concept. All designed to make and drive long term change, looking at development and progression like any organisation, profit making or not should.

Just over 20 years ago England had arguably one of the best group of individual footballers to pick from available to Kevin Keegan. Names like Beckham, Owen, Campbell, Neville and Scholes were I would say more household names across the land than that of Rice, Shaw and Foden for example. However Keegan very much could not turn us on again and the team were adject average at best. This launched a 20 year plan, a 20 year goal and a fundamental change in England’s approach to grassroots football and the development of the National squad.

The next major step in the plan happened 11 years ago. The plans for St George’s Park to be the England national team home for everything from development, training, to where the team stay was agreed and building started. This again shows a key change; St George’s Park is in Burton; the Midlands, giving better access for a wider range of young footballers across the Country. St George’s Park opened in 2012 and the plan really starts to get interesting from there.

The DNA had been launched, the new home had been built, now who was going to lead the culture change?

Many people might think that Gareth Southgate’s success is right here, right now. It’s not, it’s been building as part of the plan since 2013. Sir Trevor Brooking is the Head of Development for English Football, he wanted Gareth Southgate to lead this change. Appointing Southgate to head up the under 21 team in 2013 was a key step in the plan. This moved Southgate from club football into the international arena on a low key level. Southgate had success with the under 21’s but more importantly he started to bring the plan together; England DNA, St George’s Park, youth development, clear leadership with a purpose; all were surrounding Southgate’s every working minute.

During the last 5 years things have moved at more of a pace. Southgate was moved into a first team role and then the first team managers role. At the same time, there was one more step in the plan; a strong support team. A name that has gotten very little coverage during the past 4 weeks is Steve Holland, certainly most people in the street who are singing about ‘it coming home’ I would bet don’t realise who Steve Holland is. Holland is the person you see Southgate talking to on the sidelines, the support to Southgate and the FA’s plan; he is integral. Holland has won everything in club football; Premier League, FA Cup, Champions League and Europa League. All from the vital position of the supporting cast. The final piece of the plan was now in place; play people not just on the pitch, but off the pitch to their strength’s. Southgate’s number one, Holland is number two; it works. Try and get that into a song I challenge you!

I’ll just leave that one with you.

This article was written by Simon Brown, Founder of Digital 51, avid football fan and someone with the most complex relationship with the England National team in all the land. To tell Simon what you think about his thoughts on planning being the real winner this Sunday, drop him a line on